INGLOT has Launched in Bangladesh 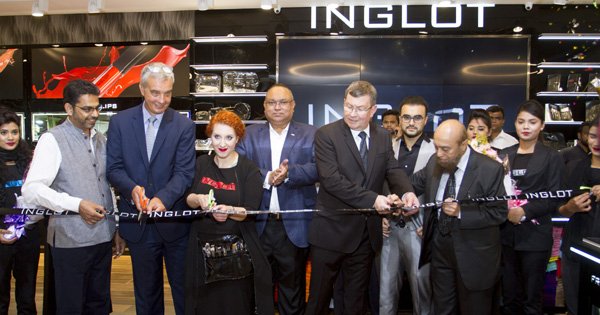 For the first time in Bangladesh, world’s one of the most popular high end cosmetics brand INGLOT has been launched by Sonic Group as the Exclusive Sole Partner and Master Franchisee for Bangladesh.

The event started with a spectacular fire spinning act. The guests in audience were waiting to hear from the man behind, Mr. Inglot himself. Talking about the company’s expansion plan for other parts of the world, Mr Inglot said that he is considering Bangladesh as a great success possibility.

Mr. Nabil Sultan shared that the first store of Inglot will be at Jamuna Future Park which will be soon followed by Banani 11, Bashundhara Shopping Mall & then Simanto Shombor. Celebrating the launch, a line up of grand star studded fashion show had attracted huge crowd. As the ramp lit up and the first few faces with the makeup by INGLOT cosmetics came on display, the crowd was mesmerized.

The presented guests enjoyed the evening with several on spot activities. This stunning evening came to the end with a most wanted performance by one of the most popular singer of Bangladesh Hridoy Khan. He captivated the audience rendering some of his hit songs.

Microsoft PowerToys 0 61 0 now out with quality of life changes for key features
using Windows Media Encoder to record screen
How to Uninstall NVIDIA Drivers in Ubuntu
How to Convert PDF Files to Other Formats?
7 Ways Fix Stuck in Windows Automatic Repair loop!
How to take a Screenshot on Windows using inbuilt tools and external apps
Can I get in trouble for letting my friend use my address for his insurance policy?
Linux wireless driver for HP 14-am100na notebook HP Support Community 6091885
How to Test a Webcam in Windows 10
How can I open dll files? Ask for Help
How to Install Windows 11 Without Losing Data Full Guide
Drivers & Downloads Xerox 6204 Wide Format Printer Windows XP Xerox